The Art of the Concession 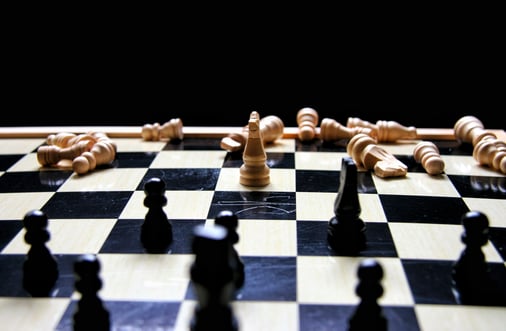 For the past 15 years, Skild has essentially done one thing: Bring the best and the brightest minds together to solve some of the world’s most pressing problems. I’ve seen some worthy people win, and I’ve seen many more worthy people lose. But not once have I or anyone else on my team seen someone . . . refuse.

Sure, some participants who didn’t make it to the winner’s circle have shown their disappointment. Typically, though, runners-up have merely requested feedback regarding where they fell short.

Much as there’s an art to winning, there’s also an art to conceding when you’ve been beaten decisively by an opponent. After all, we’re adults, right? We understand that life has its ups and downs, and we’re not always going to end up on the sunny side of the results.

I realize that losing can make us take a hard look at things within ourselves that we don’t necessarily want to acknowledge, such as character flaws. But I’d argue that it’s only by looking at those things — by owning them and genuinely working on them — that we can hope to grow as people.

Conceding a loss isn’t easy, but it’s a part of life. Learn to live with it.

Hey, guess what? Belonging is back in fashion!

It’s the end of the world as we know it. How are you feeling?

The high cost of rambling.