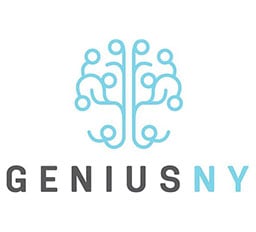 Fourteen companies were named semi-finalists in the GENIUS NY program’s sixth round. These companies will now compete to see which five are selected to the business accelerator program at CenterState CEO’s Tech Garden. The companies, which are developing innovations in the uncrewed aircraft systems (UAS), internet of things (IoT), and robotics industries, were selected from a highly competitive pool of more than 200 submissions from more than 50 countries. Of the 14 semi-finalists, nine are international teams representing Germany, Israel, Poland, the Netherlands, and the United Kingdom. Three teams are from New York state.

Produced by the Tech Garden, funded by the Empire State Development, and part of CenterState CEO’s Innovation and Entrepreneurship portfolio, GENIUS NY has invested more than $15 million in 26 startups, helped companies create more than 60 Upstate NY jobs, and assisted companies in securing more than $90M in follow-on funding.

For six years, Skild has been honored to power this amazing challenge. To learn more about it, click here.