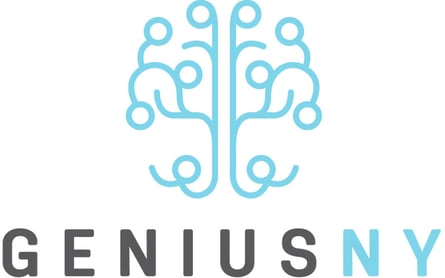 Empire State Development (ESD) today announced the five finalists selected to take part in the fourth round of GENIUS NY, a business accelerator program administered at CenterState CEO’s Tech Garden. These startup drone and Internet of Things (IoT) companies will participate in the year-long program as they compete for a total of $3 million in direct investment, including a grand prize of $1 million and four $500,000 awards. Throughout the program, teams will engage with community leaders, mentors, and advisors from leading companies in Central New York, while also participating in tourism activities. The goal is to encourage all participants to put down roots and stay in the region following the conclusion of the program.

The five companies will move into The Tech Garden, in Syracuse, in January 2020. The companies were selected from a highly competitive pool of more than 400 submissions. The year-long program is the largest business accelerator competition for the UAS industry in the world. Starting in January, all five teams will begin the program by focusing on enhancing their business plan. AT the program's Finals Night in April, the teams will pitch their technologies to a panel of judges and audience of more than 300 people, and the grand prize and runner up awards will be decided and announced.
​“We are excited to welcome these innovative entrepreneurs to Central New York for Round Four of GENIUS NY,” said Empire State Development Acting Commissioner and President & CEO-designate Eric Gertler. “This unique competition supports UAS startups and IoT companies developing the next-generation technologies that will accelerate Central New York’s growing drone industry and ensure the region continues to rise.”

The five finalists selected for GENIUS NY 4.0 finalists are:

BotsAndUs (United Kingdom): BotandUs automates customer service and operations tasks across the retail, hospitality and travel sectors with a fleet of fully autonomous robots that work with employees to serve more customers as well as capture real time data. They provide a full stack solution of hardware, software, support and data manipulation.

DroneSeed (Seattle, Washington): DroneSeed exists to make reforestation scalable and make a dent in carbon emissions. Using drone swarms, DroneSeed plants trees at a rate that is six times more efficient than manual labor planting. Their process decreases the response time to reforest, and increases the total acres of reforestation that can be done per year by simplifying the supply chain.

Five startups that previously participated in the GENIUS NY accelerator, AutoModality, Civdrone, Fotokite, OmniMesh and TruWeather Solutions, continue to make significant growth progress and have raised more than $10 million in additional private investment. This follow-on-funding validates the investments the GENIUS NY program has made in unmanned aerial systems (UAS) technologies and startups over the last three years and proves the program’s ongoing impact in Central New York. Dropcopter also recently won $500,000 from the Grow-NY Food and Agriculture competition. To date, GENIUS NY awarded more than $9 million to 17 startups.

“This year we received a record number of applications for the program, all of which were exceptionally competitive which speaks to the awareness and impact this program is having on the industry’s ecosystem,” said Rick Clonan, vice president of Innovation and Entrepreneurship at CenterState CEO. “This year’s finalists will have the benefit of accelerating with the support and resources we have developed and refined over three rounds to ensure their ultimate success and rapid growth. The teams will join the innovation ecosystem we have created at The Tech Garden, and will benefit from the mentoring, partnerships and engagement of the programs previous participants.”

“With each round of this program we have seen an impressive return on the resources and investments as these teams are able to rapidly grow their companies and attract follow-on funding,” said Rob Simpson, president of CenterState CEO. “We look forward to welcoming these new companies into the program so they too can benefit from the ecosystem we have created. Over the next year, they will have access to unparalleled resources, have the opportunity to test their technologies in the country’s first beyond visual line of sight corridor, and engage with a broad range of companies that are already leading the UAS industry. Furthermore, many of the technologies they are developing have real world implications and through new partnerships they can support and advance regional programs and projects.”

The advancement of the GENIUS NY program builds on the progress of CNY Rising, the region’s award-winning strategic plan to generate robust economic growth and community development.
The Genius NY business accelerator program is proudly powered by Skild.
Share this article