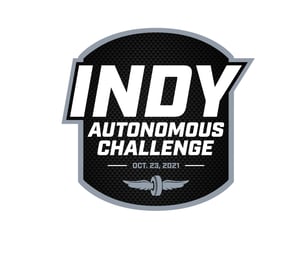 The birthplace of motorsports innovation soon will be home to a historic, trailblazing and driverless competition.

Indianapolis Motor Speedway (IMS) and Energy Systems Network (ESN) today announced a two-year $1 million prize competition that will culminate in a head-to-head, high-speed autonomous vehicle race Oct. 23, 2021 around the Speedway's famed 2.5-mile oval, which also plays host annually to the Indianapolis 500 presented by Gainbridge, the largest single-day sporting event in the world. The announcement was made at the SEMA Show in Las Vegas, the automotive industry's premier venue for performance products.

The Indy Autonomous Challenge is a competition among universities to create software that enables self-driving Indy Lights race cars to compete in a head-to-head race on the IMS track. The development of such software can help speed the commercialization of full autonomous vehicles and enhance existing advanced driver-assistance systems (ADAS) in people-driven cars. These technologies help drivers remain in control and avoid accidents by prompting awareness and improving accuracy.

The Challenge builds upon the success and impact of the DARPA Grand Challenge – the 2004-05 defense research initiative that helped create the modern autonomous vehicle industry – as well as IMS's roots dating back to 1909 as a proving ground for the nascent automotive industry. More than a century later, IMS has contributed to countless breakthroughs in automotive performance and safety, including the first rear-view mirror.

"There's a fundamental connection between innovations on the racetrack and real-world improvements on the highway," IMS President J. Douglas Boles said. "With the launch of the Indy Autonomous Challenge, IMS continues to embrace its historic role as a catalyst for the next generation of vehicle technologies in motorsports competition and wider consumer platforms. And while drivers will always be at the heart of racing at IMS, we're excited to be part of this groundbreaking and exciting initiative."

The Challenge consists of five rounds. Teams submit a short white paper during the first round, and in the second round, teams must demonstrate vehicular automation by sharing a short video of an existing vehicle or by participating in Purdue University's self-driving go-kart competition at IMS. The Indy Autonomous Challenge's simulation sponsor ANSYS will supply its industry-leading VRXPERIENCE Driving Simulator powered by SCANeR™ and its SCADE software development suite to teams for their use in developing autonomous vehicle software. ESN and ANSYS will co-host "hackathons" to familiarize teams with the simulator's full potential and ANSYS will award $150,000 in prizes to top finishers of a simulated race during the third round. The fourth round enables teams to test their actual vehicles at IMS in advance of the head-to-head race around the oval, which will award $1 million, $250,000, and $50,000 to the first, second, and third finishers, respectively.

"What we're asking universities to do is hard," said Matt Peak, director of mobility at Energy Systems Network. "Our hope is that by bringing together and offering up to participating teams the world's premier automotive proving ground, performance chassis manufacturer, engineering research center and simulation platform, as well as nearly $1.5 million in total cash awards, universities will see the Challenge as not just throwing down the gauntlet but also extending the helping hand to accelerate innovation and the arrival of new technologies."

A global platform for collegiate collaboration and academic advancements

Joining IMS and ESN for the announcement were race car manufacturer Dallara Automobili and the Clemson University International Center for Automotive Research (CU-ICAR). Through Clemson University's long-running vehicle prototype program Deep Orange, Clemson graduate automotive engineering students will collaborate with ESN and Dallara to engineer an autonomous-capable version of Dallara's 210 mph IL-15 Indy Lights chassis that can accommodate the competing university teams' driverless algorithms. Participating teams will be directly involved in the converted vehicle's design and specifications through monthly virtual design reviews (VDRs) and other feedback channels throughout the competition.

"Deep Orange is an educational framework that immerses students in industry-like environments to simulate real-world R&D challenges facing companies today," said Dr. Robert Prucka, Clemson University Kulwicki Endowed professor and Deep Orange 12 project leader. "Working with industry partners such as IMS, ESN, Dallara and ANSYS gives students unparalleled opportunities to work with the latest technologies and collaborate with cross-functional teams in a way that will make them more innovative and capable engineering leaders after they graduate."

Five universities registered for the competition upon its opening this morning: Korea Advanced Institute of Science & Technology (KAIST), Texas A&M Transportation Institute (TTI), University of Florida, University of Illinois and the University of Virginia. Members of each of these early registered teams joined the organizers at the SEMA Show for the announcement.

"Nearly 15 years ago, the DARPA Grand Challenge helped prove the innovation-generating and industry-creating role of prize competitions, while recent years have seen the value of autonomous vehicle proving grounds – including Texas A&M RELLIS/TTI Proving Grounds Research Facility – on full display", said Ivan Damnjanovic, associate professor and director of engineering project management at Texas A&M University. "We're excited to be in on the ground level of such a dynamic effort that leverages both of these tools while adding others that can excite and empower students, inspire classrooms and coursework, and altogether help transportation research institutions advance their programs."

Registration is open for accredited, tax-exempt colleges and universities (including foreign institutions of higher education) through Feb. 28, 2020. For more information and to register for the competition, visit www.indyautonomouschallenge.com.

Spectator information for this event will be provided as the date draws closer.

About Energy Systems Network: ESN was founded in 2009 to accelerate the pace of energy and transportation technology development and commercialization.  Through ESN, companies and institutions from across Indiana and around the world – including Cummins, Duke Energy, Delphi, Toyota, Bolloré, ITOCHU, Toshiba, Vectren, MISO, Purdue, Ivy Tech, Notre Dame and many others – have showcased and advanced new technologies and solutions through industry research, pilot projects, collaborative convening, and the development and deployment of innovation models. Examples include: The Hoosier Heavy Hybrid Partnership to reduce emissions/fuel consumption of heavy trucks; Project Plug-IN to enable all-electric commutes powered by a smart utility grid; MicroGreen to supply military bases with reliable homegrown energy; and the Battery Innovation Center to establish a single point of access for battery research, development, testing and commercialization; and Leaper X to use Internet-of-Things (IoT) and advanced analytics to advance on-demand transit solutions.  ESN also played leading roles in developing and launching the first and largest all-electric car sharing system in the nation, the largest electric bus fleet and first electric bus rapid transit line, and the first mobility-as-a-service (MaaS) public fleet contract, among others.  ESN is based in Indianapolis and part of the Central Indiana Corporate Partnership (CICP). For more information, visit www.energysystemsnetwork.com.

About the Indianapolis Motor Speedway: The Indianapolis Motor Speedway, the world's largest spectator sporting facility, has been the worldwide leader in motorsports entertainment since opening in 1909. IMS hosts the Indianapolis 500 presented by Gainbridge, the world's largest single-day annual sporting event, which features the stars of the NTT IndyCar Series. The Speedway also annually hosts the stars of the Monster Energy NASCAR Cup Series, NASCAR Xfinity Series and USAC NOS Energy Drink Midget National Championship during the Big Machine Vodka 400 at the Brickyard Powered by Florida Georgia Line event week, which also includes the Indiana 250 and Driven2SaveLives BC39 powered by NOS Energy Drink. Living up to its reputation as a bucket list sporting venue featuring a diverse variety of racing, throughout the 2020 season IMS also will welcome the competitors of the MotoAmerica motorcycle series and the Intercontinental GT Challenge Powered by Pirelli and GT World Challenge America sports car championships. Visit IMS.com for a full list of dates and ticket purchase options.

The Indy Autonomous Challenge is proudly powered by Skild.

The SyncUp Colorado Challenge Has Launched!