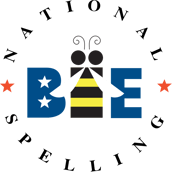 WASHINGTON (AP) — Students from across the country submitted videos for the Spellebrity Video Contest, and our judges chose their top ten. Now it's your turn! Vote for your favorite video by clicking "Vote" above and help send five student teams to Washington, D.C., to premiere their videos at Bee Week.

The competition is an opportunity for individuals or teams of up to four people to brainstorm, film and edit a video of up to five minutes in length that inspires other students to want to read. Five Finalist teams will win expenses-paid trips to the 2017 Scripps National Spelling Bee near Washington, D.C., from May 28 — June 2.

Even if you’re not a champion speller, there’s a way to win a trip to the Scripps National Spelling Bee.

For the second straight year, Scripps has launched its “Spellebrity” video contest presented by Kindle.

Students who enter will produce videos about their love of reading. A panel of judges will pick the best 10 videos, and a public vote will determine the top five. The kids who make those videos will be invited to next year’s bee, which will be held late May at a convention center outside Washington.

This year’s contest was launched earlier to encourage more participation. Teams of up to four students have until Jan. 31 to submit videos.