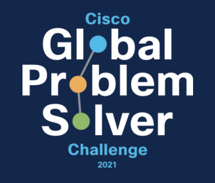 Since initiating the Challenge in 2016 in an effort to jumpstart innovative ideas that benefit society, catalyze economic growth, and create jobs, Cisco has witnessed tremendous innovation from every corner of the globe and awarded $1.25 million to 43 startups in 15 countries.

On March 30, Cisco announced this year’s Semi-Finalists. And make no mistake: The selection process was no easy task. In total, 122 employee volunteers helped to review all of the amazing applications. “I think I always say this,” notes Cisco’s Programs Development Manager, Corporate Social Responsibility Shawna Darling, “but this year really was the hardest year yet, by far! Of the 1,745 teams that submitted applications, 93 Semi-Finalists — only 5.3% of them — are moving on to the next round. That’s less than the acceptance rate at Yale!”

To get a sense of the people and inspired innovation ideas behind those numbers, be sure to check out this video for 2019’s Grand Prize winner, Oorja, a team that focused its innovation on powering productive-use agricultural appliances that help users to generate stable incomes, create jobs, and mitigate carbon emissions.

Congratulations to those who are moving forward!  Finalists will be announced on June 2.