And One Winner Takes the Checkered Flag . . . 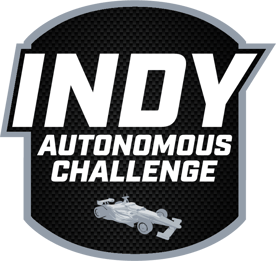 Two years ago, 41 university teams initially signed up to compete in the Indy Autonomous Challenge, powered by Skild. Together, they represented nothing short of the top engineering and technology programs from 14 US states and 11 countries.

On October 23, 2021, history was made when 9 teams from 21 universities competed at the Indianapolis Motor Speedway for the $1 million Indy Autonomous Challenge.

Then, on January 7, 2022, the Indy Autonomous Challenge team PoliMOVE from Politecnico di Milano (Italy) and the University of Alabama took the checkered flag at the Autonomous Challenge @ CES, making history as the first head-to-head autonomous-race-car competition champion.

PoliMOVE competed at the Las Vegas Motor Speedway in a field of 9 teams from 18 countries representing 19 universities to win the $150,000 grand prize. TUM Autonomous Motorsport from the Technische Universität München (Germany) took home second place with $50,000.

“Today was the real birth of autonomous racing,” said Prof. Sergio Savaresi, team lead of Politecnico di Milano. “The real high-speed, multi-agent racing was pushed to its very limits. The research on autonomous cars will certainly benefit from this historic milestone.”

Organized by Energy Systems Network, the Indy Autonomous Challenge sets out to solve real world problems by advancing technology that will speed the commercialization of fully autonomous vehicles and deployments of advanced driver-assistance systems (ADAS). Pushing limits for the entire autonomous community and helping to increase safety and performance is of critical importance, not only in motorsports, but also across all modes of commercial transportation.

Want to learn more about this amazing challenge and also watch an actual broadcast of the race itself? Click here!